Today my guest is Brian Hall. Brian is the Chief Marketing Officer of Explore St. Louis, which is our own convention and visitors commission, as well as the Executive Director of the St. Louis Civic Pride Foundation. We discuss the upcoming Explorer Series event on February, 22 at the Kirkwood Performing Arts Center – the home of STAGES St. Louis. The upcoming season at STAGES will include the world premiere of The Karate Kid – The Musical. We also discuss the Nascar Cup race coming to WWT Raceway in June, an upcoming Explorer Series event at the National Blues Museum, the musical nature of St. Louis, WWE event that occurred, St. Louis Soccer Stadium. Brian gives us details about Certified Creative Facilitators, his interview with Nikki Glaser, and he tells us about an example of kindness he witnessed! 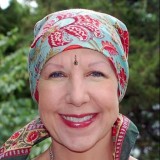